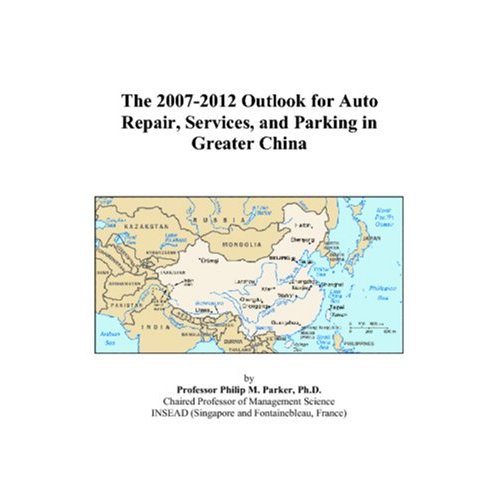 This study covers the latent demand outlook for auto repair, services, and parking across the regions of Greater China, including provinces, autonomous regions (Guangxi, Nei Mongol, Ningxia, Xinjiang, Xizang - Tibet), municipalities (Beijing, Chongqing, Shanghai, and Tianjin), special administrative regions (Hong Kong and Macau), and Taiwan (all hereafter referred to as regions). Latent demand (in millions of U.S. dollars), or potential industry earnings (P.I.E.) estimates are given across some 1,100 cities in Greater China. For each major city in question, the percent share the city is of the region and of Greater China is reported. Each major city is defined as an area of economic population, as opposed to the demographic population within a legal geographic boundary. For many cities, the economic population is much larger that the population within the city limits; this is especially true for the cities of the Western regions. For the coastal regions, cities which are close to other major cities or which represent, by themselves, a high percent of the regional population, actual city-level population is closer to the economic population (e.g. in Beijing). Based on this economic definition of population, comparative benchmarks allow the reader to quickly gauge a citys marketing and distribution value vis-à-vis others. This exercise is quite useful for persons setting up distribution centers or sales force strategies. Using econometric models which project fundamental economic dynamics within each region and city of influence, latent demand estimates are created for auto repair, services, and parking. This report does not discuss the specific players in the market serving the latent demand, nor specific details at the product level. The study also does not consider short-term cyclicalities that might affect realized sales. The study, therefore, is strategic in nature, taking an aggregate and long-run view, irrespective of the players or products involved.