APCOA Parking (UK) is piloting a new initiative in Essex to encourage more people to report hate crime, and to support those who have been a victim of bias-motivated or race crimes.

Jade Glover, a supervisor at APCOA’s Southend-on-Sea contract, has been appointed as the company’s first Hate Crime Ambassador (HCA). As part of a broader health, safety and welfare remit, Glover will now work closely with Essex Police and other support agencies to assist those whose confidence has been affected by the perpetrators of hate crime.

APCOA’s Hate Crime Ambassador has been trained on how to communicate effectively with the Police to help achieve the desired outcome through the UK’s legal system. In conjunction with APCOA’s Hate Crime Officers (HCOs), Glover and her colleagues have already helped to bring about the prosecution of two members of the public involved in racially-related incidents over the summer months, which may have gone previously unreported.

Graham Morphew, managing director of APCOA Parking (UK), says: “Every organisation has a duty of care to both their staff, as well as the general public. Due to the very nature of our high visibility parking management role in Southend-on-Sea, we were keen to raise more awareness around victim support, and to encourage more colleagues to report crimes to the Police without the fear of reprisal.

“The Hate Crime Ambassador is a unique role, which will not only take the lead to report and respond to code red [serious] incidences; it will also act as a conduit between CEOs and the various authorities to help improve the sharing of information.

“Through the aid of improved community relations, and the advance in digital technology, it is necessary to have a zero-tolerate when it comes to dealing with those involved in hate crime, which affect people’s everyday lives,” added Morphew.

Taking a much more hard-line approach, APCOA now push for a prosecution for any known assault on a civil enforcement officer, whether racially-motivated or not. This extends to the public too, where an officer has witnessed an assault taking place.

APCOA’s contract manager and assistant contract manager will always attend court to support a colleague or a member of the public in distress. The company will also work with the various authorities, as well as the media, to generate a positive outcome to help make others think twice before committing a mindless act. 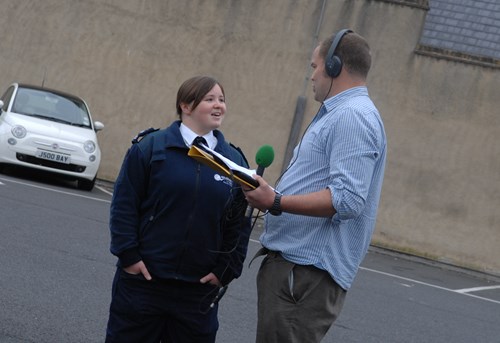 hate crime the public the various authorities Glover the Police