The European Union through this proposal for a Directive aims at ensuring the build-up of alternative fuel infrastructure and the implementation of common technical specifications for this infrastructure in the Union. Its objective is to facilitate the work of market forces and contribute with this initiative to economic growth in Europe.

The National Policy Framework for all State Members to comply by 2020 will help to the deployment of Electric Vehicles and charging stations infrastructures. 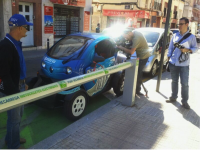 The Directive also specifies the technical details such as charging method for:

Alternate Current (AC) shall be equipped for interoperability purposes, with connectors of Type 2 as described in standard EN62196- 2:2012.

Regarding this directive involving Fast Chargers, the standard CHADEMO has officially claimed due to non-inclusion of its standard on the Directive.

CIRCONTROL, as one of the European leaders in charging stations, is already supplying Charging Stations that complies with International and EU standards with Slow and Fast charging systems and is continuously working on new developments with the coming regulations. 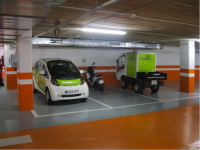 CIRCONTROL,S.A. is an engineering company with over 12 years of experience creating efficiency solutions for parking. (Recharging station for electric vehicle, Parking Guidance System, LED lighting combined with PGS)
CIRCONTROL is also part of a big holding of companies from CIRCUTOR Group, which has distribution in over 100 countries for electrical energy saving systems and quality control. From the very beginning we have always allocated a large part of our resources to R+D to ensure that the products we make are top quality. This has enabled us to become leaders not just in delivering standard solutions, but also in providing specific solutions in response to market demand. All our products comply with the strictest standards and are subjected to rigorous quality controls during the manufacturing process. We have our own laboratory for EMC/EMI tests, calibration and metrological verification