Plans for the single biggest regeneration scheme Worcester has ever seen have been submitted to the city council – with Shrub Hill set for a complete transformation.

About 600 new homes, an 80-bed care village for the elderly, five screen cinema, bowling alley, ice skating rink and bars, shops and restaurants are all on the way.

The development will span 900,000 sq ft, almost five times as large as the Asda scheme in Lowesmoor, with developers Sherriff’s Gate Ltd aiming for a completion date of no longer than five years.

The development, which would overhaul land off Sherriff Street, just behind the train station, will be split into three stages:

A 600-space multi-storey car park, a 30,000 sq ft building with about 15 shops, cafes and bars on the ground floor and two floors of office space above, topped off by 78 one and two-bed apartments on the top. 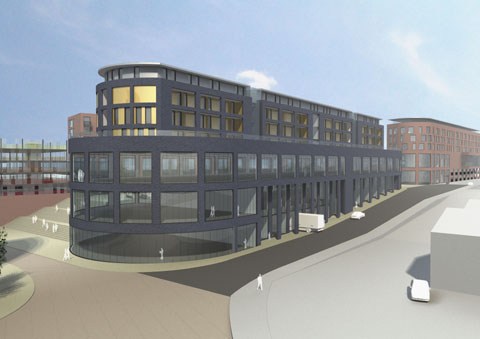 A second building, fronting Sheriff Street, will have a ground floor of retail measuring 35,000 sq ft, a second floor containing a series of “office pods” for entrepreneurs and start-up businesses, and above that 200 one and two-bed apartments for key workers and students.

This will back onto Tolladine Road, and includes 400 parking spaces, a 96-bed hotel run by an unnamed operator, an ice skating rink, five screen cinema, 10-pin bowling alley, a children’s creche, and 92 two-bed apartments.


Sherriff’s Gate Ltd, which is based in Worcester, has spent two-and-a-half years in high level talks with Worcester City Council and spent about £400,000 drawing up the plans.

The authority is preparing to take it to the city’s planning committee by September or October, with the firm saying if it was approved “work would start immediately”.

Sherriff’s Gate said the cost of the project is upwards of “tens of millions” and will only pay for itself after about 15-20 years.

A spokesman said: “This is the single biggest regeneration scheme Worcester has ever seen, we are based here and want to transform this area for the better and for the benefit of city people.

“We are passionate about investing in Worcester and are targeting a long-stop of five years for the entire scheme to be delivered in total.”