Ekin with its offices in New York, Stuttgart, Istanbul, Ankara, Baku, and Dubai is the leader in safe city technologies with its state of art solutions crafting the future of safe and smart cities. Founded by Akif Ekin and Suzan Ekin in 1998, Ekin’s core mission is enabling law enforcement, and security authorities to more efficiently and effectively protect the public with its power in developing software, hardware and design triple.

Ekin has reached six continents around the world with it its pioneering technologies and now with more than 2 decades of experience. Ekin is the inventor of mobile surveillance systems in safe city technologies in the world with their reserved patent rights. With a focus on mobile, versatile security technology, Ekin’s easily implementable security systems are available for cities, airports, shopping centers, universities and arenas around the world. Known for its sleek design and innovative approach to security, Ekin has received a number of awards for their work in the safe city field, including the coveted Red Dot Design Award, CES Honoree Awards and the “Game Changer” title from the World Technology Award in 2014 and is a member of ICERT – The Industry Council in the U.S.

Cities can be protected with fixed systems to some extent. However, there is a need for surveillance at points where fixed systems are not available. On that account, developed with the aim of providing complete safety in cities, Ekin integrates mobile and fixed systems’ operation and enable cities to be under 100% control. Unrivaled in its field, Ekin License Plate Recognition System changes the game by challenging world standards with an outstanding 99% accuracy rate. After employing the use of Ekin’s Safe Traffic system, a capital city in the middle east saw a 34 percent reduction in deadly traffic accidents.

Ekin Patrol is the first and only mobile smart patrol in the world and is just one of Ekin’s product line that entitles Ekin, the world leader in safe city technologies. Ekin’s Patrol G2 combines elegant design with powerful technology, turning it into the go-to high-tech, mobile enforcement product for safe cities around the world. With license plate number detection, face recognition, and speed and parking violation detection on the move, Ekin Patrol G2 is designed to enhance safety in cities around the world. Patrol G2 is designed as a light bar and is suitable for vehicles such as police cars or fire engines.

The first and only smart patrol bike in the world that performs number plate recognition and parking violation detection on the move, Ekin Bike Patrol is a high-tech mobile enforcement product designed for bicycles. Suitable for any patrol bike, Ekin Bike Patrol is aimed to bring order to traffic and prevent the chaos caused by parking violations.

Ekin entered successfully the European, American and Asia Pacific market with the all new AI based product line. Growing its global network year by year – Ekin has an essential contribution to Turkey’s export rates. As “the 2018 Leader in Information Technologies and Software Export” in Turkey, Ekin’s export rate proudly corresponds to ¼ of exports in the industry consisting of 47 companies. 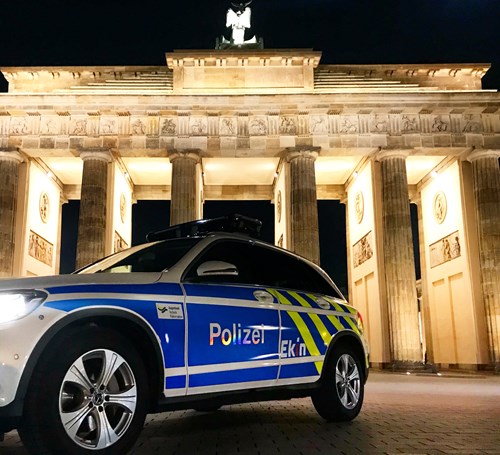 The First and Only Entirely Modular Smart City Furniture

Italian A’ Design awarded, designed to meet the needs of safe cities with its modern and modular design Ekin Spotter is the first and only modular smart city furniture in the world. A single device capable of providing a wealth of real-time information about a city, Ekin Spotter can be customized to perform a number of functions. Ekin Spotter can detect automatic license plates from up to 6 lanes, can make speed enforcement and parking management. In addition to traffic management, Ekin Spotter can make environmental analysis.

Facial Recognition with No Need for Existing Photo Archive

With its advanced face analysis feature, Ekin Face does searches based on gender and age. In addition to that, it can identify if the suspect is with a group or alone. Even if there is not an enrolled image in the database, the system reaches the closest results in searching for the wanted person. For instance; Ekin Face lists all women in red, all men groups of three or all women under thirty according to its set filters. With the advanced face analysis feature, Ekin Face lists possible time zones, images and videos that the wanted or specified person was appeared in.
Ekin Technology, with its game changer team of 150 and 75 engineers developing revolutionizing technologies with artificial intelligence, works to keep its pioneering position as the leader in safe city technologies and to set the standards in its field. 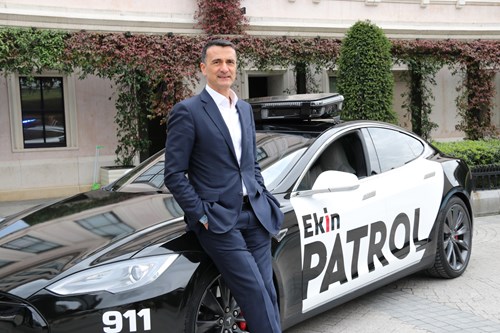 Mentioning about the points that Ekin stood out to him about Ekin versus other police tech options, Gerhard Schaub, President of the Police Officers Association Municipal Police Zurich, Switzerland indicated; “Ekin is the only supplier in the world who can provide the total package for us policemen in one. The image quality is qualitatively the best and leaves the competition far from it. The other vendors still partly offer outdated technologies. Ekin technologies are mature and the best in the world. The systems with Patrol G2 complete with face recognition, license plate recognition, speed measurement, parking surveillance including all-around video surveillance, the Bike Patrol with license plate recognition, speed measurement, and parking space monitoring as well as the fixed solutions make the operating system a unit a modern police needs, The systems are designed so that they can also be used across borders and used effectively in crime fighting.”

Ekin Technology, with its game changer team of 150 and 75 engineers developing revolutionizing technologies with artificial intelligence, works to keep its pioneering position as the leader in safe city technologies and to set the standards in its field.

Founded in 1998, Ekin is the leading provider of safe city technologies worldwide.

The company’s state-of-the-art products enable law enforcement and private corporations to more efficiently and effectively protect the public. An integrated operating system that centrally manages all of Ekin’s products, Ekin Red Eagle (OS) features automatic facial and license plate recognition, speed and parking violation detection and smart intersection and system control software. With a focus on mobile, versatile security technology, Ekin’s easily implementable security systems are available for cities, airports, shopping centers, universities and arenas around the world. Known for its sleek design and innovative approach to security, Ekin has received a number of prestigious awards for their work in the safe city field like German Design, CES Innovation Award, A Design and Golden Bridge, European Business Awards ‘One to Watch’ and the prestigious Red Dot. To learn more about Ekin, visit www.ekin.com.