Renault promoted its range of electric vehicles in one of the most high profile international media events in France, the Cannes Film Festival. Ensto provided all the charging units needed to charge the 25 EV’s showcased and test driven by the guests during the event.The French premiere of the Ensto EVP took place on the 65th edition of the Cannes festival, from May 16 to 27, 2012. There, a fleet of Renault cars escorted the elite of international film to the red carpet. Renault, the official partner of the festival, provided over 250 cars to drive up and down the Croisette, the town’s famous seaside boulevard.

About one tenth of the fleet was fully electric: its ranks included several pieces of Renault’s electric vehicles Fluence, Zoé and Twizy.

Renault used this opportunity to promote its newest EVs in cooperation with Interparking, a large French company that operates numerous parking facilities across the country.

Renault offered the accredited guests a possibility to test drive the vehicles, which were prominently showcased in three parking areas close the Festival area (parking du Palais, parking Suquet-Forville and parking Lamy) and behind the palace plaza. There the guests were also able to see the award-winning Ensto EVP charging points in action.

Electricity between Ensto and Interparking 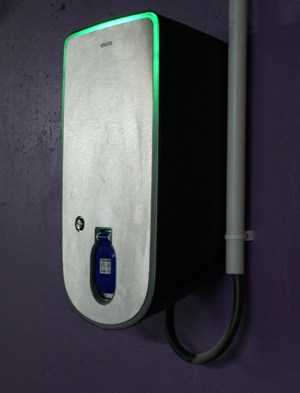 Interparking chose Ensto to deliver the EV charging facilities needed in the event. The parking areas were equipped with 24 EVP070 charging points.

Interparking’s Marc Grasset was in charge of the project. Because of his former employment at Ineo he’s had experience with Ensto for over 20 years. It was him who was behind the decision to install Ensto products.

“I chose Ensto, because the sleek and stylish design of Ensto EV products was suitable for the occasion,” says Grasset. “Our strong partnership with the Ensto sales team also influenced my decision. In fact it was not so easy for me to choose Ensto because Renault had other primary partners for EV charging products. But Ensto’s products convinced us on their own merits.”

Ensto Sales Manager Jerome Perdu was in charge of the project on the other end and Ensto Product Manager Olivier Fortier was on the building site to oversee the installation.

EVP - a compact and versatile solution 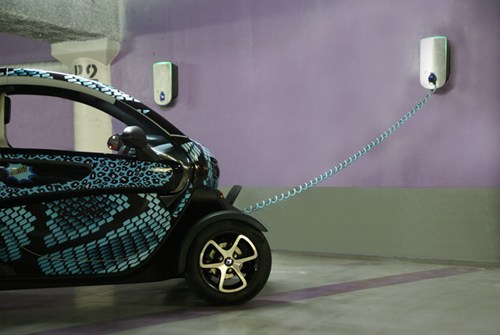 The Ensto EVP charging point is a solution for charging your electric vehicle at home, at workplace and in parking garages. As stylish and durable design furniture with high quality materials it can be fitted into parking areas where classy design meets harsh environment.