During the month of March, HUB Parking Technology Australia (formerly Datapark) was contracted by businessman Darren Nicholson to install a 24hr car park control room for National Maintenance Management, located in Tuggerah, NSW. The Tuggerah control room will allow small operators of Datapark equipment, such as Hunter Parking in the nearby City of Newcastle who operate King and Bolton Street car parks, to divert operation of their car parks after hours to National Maintenance Management, thus offering service with a higher level of assistance and safety.

The control room, built by HUB Australia, provides direct intercom and video connection to car parks, as well as the ability to monitor the messages and alarms for each car park and control the functionality of doors, boom gates and automatic parking management equipment.

To coincide with the completion of the new control room project in Australia and the HUB logo launch, Darren Nicholson offered to rename the power boat he had entered in the UMI Class1 World Power Boat Championship to “HUB”. 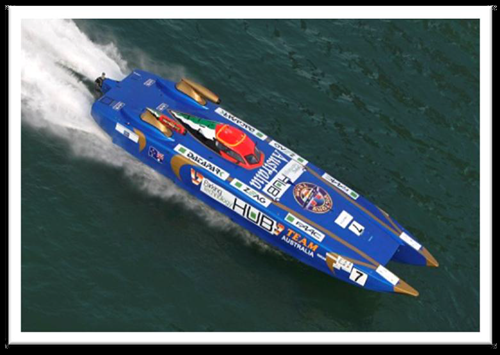 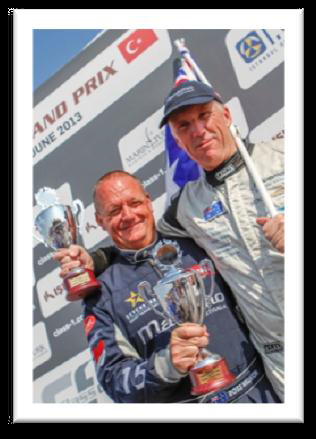 The first event was held in China at the end of March. With the HUB logo clearly setting it apart, the boat drew a large amount of attention becoming an instant event favorite. HUB was able to qualify 3rd on the starting grid. The boat finished a creditable 4th in race 1 and 2nd in race 2 just behind the reigning world champions. Overall Darren and his team mate Ross Willaton are positioned in second place in the world championship.

After an excellent start in China, the HUB Team Australia produced a spectacular performance as the overall event winners in the Turkish Grand Prix which took place in Istanbul.

According to Nigel Quilter (q4media), Nicholson and Willaton won a thriller. They mastered the rough sea that was causing trouble to some of the contenders forcing a restart earlier in the race.
From the restart HUB Team Australia led and traded places with “LFFendi10” and “Victory” after the initial bout of short laps, resuming the lead on lap 4, only to be passed by “Victory” and “LFFendi10” a lap later, before both teams retired from the race with engine trouble.

Nicholson and Willaton were able to finish the race in 40mins 2.83s, becoming the first Australians to win a class 1 event since 2002. This win moves HUB Team Australia’s Nicholson and Willaton into first place in the European Championship and second position in the World Championship with 60 points only 2 points behind the reigning world Champions, Victory Team UAI. Ross and Darren now carry forward the pride of a proud sporting nation as they attempt to become the first Australians ever to win a Class 1 championship when they compete in the European Championship decider race that takes place in Teracina, Italy on October 20th.

The HUB Parking Technology team says congratulations to Darren and Ross for their great performance and their support in promoting the brand HUB on the world stage. We wish them all the best in their quest - to us they are already World Champions. More information and videos of the HUB racers can be found at http://www.class-1.com/class1tv.asp. For further information please contact our local subsidiary: