The City of Austin may soon install additional parking meters in the West Campus area.

University Area Partners, a West Campus coalition of businesses, property owners and neighbors, has requested that meters be installed to relieve traffic congestion in the area. Property owners say students and UT employees who park there causing a parking shortage.

“Hopefully this parking pricing would mean that the roads would not be completely full of cars, which is the case now,” Donovan says. “I think it’s normal to park three to four blocks away from where you are intending to go and circle around for a long time.”

Donovan says once the cost of installing the meters is covered, the neighborhood association would get half of the meter money and the city would get the o 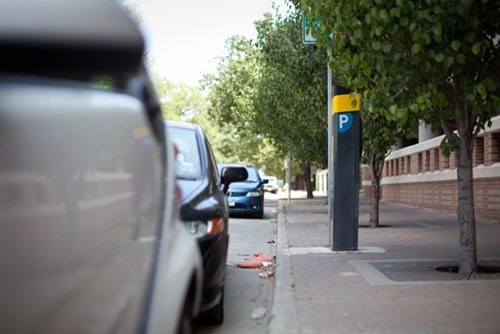 The neighborhood association plans to use its share to build sidewalks and add street lights.

However, not everyone agrees with the plan. UT senior Rachel Meyer says, “Just the fact that all the parking around here is turning into meters is getting tough because there’s really nowhere inexpensive to park.”

Ryan Whitton , who works in the West Campus area, says  “I think they should leave it how it is. I think it’s going to upset a lot of people and I don’t think it will turn out well.”

The people who live in West Campus area apartments would also be affected by the meters. Some of the smaller apartment buildings were built over a century ago and were not designed with adequate parking. Donovan says some of those residents might get parking permits. But overall there would be fewer parking spaces.