Over the last several months, Parkeon has taken huge steps to ensure that mobile payments is a significant part of our offer. Mobile payments is not just an add-on service for Parkeon, it is a key part of our business and we have made a large investment in our mobile infrastructure.

In October 2014, Parkeon announced a joint venture with Waysis, to create Yellowbrick International. This venture puts Parkeon in a lead role in mobile payments for parking, as we now add over 100 cities in Belgium and the Netherlands to our portfolio. This client base, along with Parkeon’s Whoosh! mobile parking client base in France, the United Kingdom, the United States, and upcoming implementations in Spain, make Parkeon a true global player in mobile parking payments.

More importantly, Parkeon and Waysis are now working closely together to best utilize our vast experience in the parking industry. Over the next few months key additions will be made to our mobile offer, allowing clients and users access to a greater amount of features on our mobile platform. 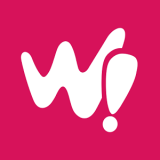 Whoosh! Parkeon’s mobile parking payment solution, is increasing in popularity in the UK. To date, 67 sites have been commissioned, since the MPP was launched in the UK, in February 2013. Whoosh! transactions have doubled in 6 months, illustrating just how far we have come in the UK.

Existing customers include; private car park management company, Local Parking Security (LPS), who are running Whoosh! at over 30 sites across the country, Horizon and CIS, Britannia Parking, City Plaza Parking and the Gallan Group.Whoosh! is in the final stages of testing, being rolled out with our off Street solutions for parking payment.

“Looking ahead, mobile will bring even more innovation introducing a complementary payment solution to the market “says Danny Hassett, Regional Director of Parking. “We are only at the start of a very exciting journey towards the creation of truly digital communities in our towns and cities.”

Whooshing in the USA!

Whoosh! made its US debut in Syracuse, NY in August 2014 in the City’s popular Armory Square downtown area. After several successful months, the Whoosh! service was expanded to cover the entire city, approximately 2,000 on-street parking spaces. Whoosh has been also implemented across the US in the following locations: Dover (NJ), Fillmore Parking (Phoenix, AZ), Binghamton University, Clemson University, University of San Diego, and Western Carolina University. Close to 4,000 people have downloaded Whoosh! in the US so far and that number continues to grow each day.