The Borough of Phoenixville recently completed a conversion process with its ALERT system and the State Systems used to automatically issue Citations to owners of vehicles who have not paid their parking tickets.

The Borough went through numerous changes to its software systems to get into a fully automated system with both PennDOT and the District Court.  While this has taken much longer than expected, it does not negate the fact that tickets were issued and not paid. 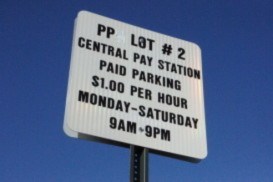 The Borough will be sending Amnesty letters this week to everyone who has an unpaid ticket(s) offering them an opportunity to pay the ticket, which is $20 - $25 for each violation.  Everyone will have from April 11 to April 23, 2012 to clear the unpaid ticket(s) and avoid going to Citation.

Unpaid tickets can be paid at Borough Hall at 140 Church Street (cash, check, or credit card), mailed in (no cash), or individuals can call the Borough at (610) 933-8801, ext 210 and present their credit card information to clear the ticket(s).