Visitors to EVER.S, a Shopping Center in Munich, will be able to park without tickets and barriers. Customers no longer have to draw a ticket there.

When entering the car park, the number plate is captured by LPR cameras. Payment can be made via App or at the automatic pay station by entering the number plate and pay as usual - in cash, bank or credit card directly or within 48 hours. A display accompanies the drivers at the entry and exit and a parking guidance system shows them the way to free parking spaces as quickly as possible. 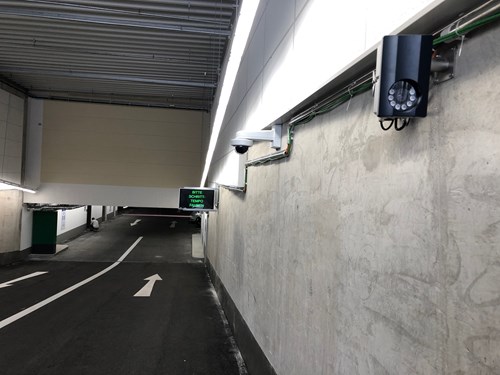 On top of a satisfying customer experience, the operator faces further benefits such as reduced investment and maintenance costs, due to less hardware. Also, the operation can be optimized, as works such as refilling or disposal of tickets will be a thing of the past.

As in the Königshof-Galerie in Mettmann, the project was realized in cooperation with the operator Parken & Management GmbH. The operator relies on the innovative strength of Scheidt & Bachmann and will intensify its cooperation in the near future.

The family-owned company with its headquarters in Moenchengladbach, Germany was founded in 1872 and is now managed in its fifth generation. In the four divisions Fare Collection systems, Signalling Systems, Petrol Station Systems, and Parking and Leisure Centre Systems, Scheidt & Bachmann is setting worldwide standards. The Parking Systems division dominates the international car park market by nearly 22,000 installations; it is the system provider for more than 75 airports worldwide. Scheidt & Bachmann provides with its brand “entervo” integrated, modular general solutions consisting of up-to-date JAVA software and innovative equipment.