But times are changing downtown.

But the communications capabilities of these new smart meters don't end there. If there's a coin jam or other malfunction, the meters are designed to send a text message to notify the appropriate city official.

Not to be outdone by chatty, tech-savvy parking meters, new solar-powered trash compactor bins at City Hall Plaza and Worcester Common also text city officials when they're full and need to be emptied.

Topped by a rounded polycarbonate bubble protecting a 30-watt solar panel, the squat BigBelly Solar trash compactors made by a Newton company of the same name resemble an android from a Star Wars film an impression heightened by the flashing LED status light that changes from green to yellow to red as the compactor's belly grows full.

The new wireless parking meters from San Diego-based IPS Group Inc. also have flashing LED lights white or red to indicate if the meter has money on it or not. Compare the ominous red eye of the stubborn HAL 9000 computer in Stanley Kubrick's 2001: A Space Odyssey.

Cutting across the Common at dusk these days, one could be excused for feeling watched by a pack of robots with flashing mechanical eyes.

No need to worry, though. BigBelly Solar's vice president of marketing, Richard Kennelly, said he sees little danger that the city meters and trash cans will become self-aware and rise up against their human masters.

Maybe the BigBellies and parking meters might start flirting and texting each other, though, Mr. Kennelly quipped.

He's a good sport and has heard all the jokes, and he acknowledged there's something inherently funny about texting trash cans.

But Mr. Kennelly and IPS Group's chief operating officer, Chad Randall, said in separate interviews that the cutting-edge wireless devices could spell serious savings for the city, despite their considerable price tags and associated service fees.

When first introduced to the market in 2004, the manufacturer was looking for a way that the trash cans could alert garbage collectors that they were full and needed to be emptied. Text messaging appeared to be the answer. An earlier version of the BigBelly made a debut behind City Hall in 2006.

In September, the city got seven BigBelly compactors through a state environmental grant, some of which have been installed at Elm Park and Green Hill Park, but the cost of buying additional units would range between $3,200 and $4,000 each. The 12-volt rechargeable car battery that powers the compactor has an expected life of about five years and costs $40 to replace. The ongoing cost of wireless monitoring varies based on a number of factors, and Mr. Kennelly said he couldn't venture an estimate on how much the service fees would set Worcester back if it replaced all trash bins downtown with BigBelly compactors.

In making his cost-saving pitch, Mr. Kennelly noted that the compactors hold five times as much trash as a standard city trash can. Because they have to be emptied less often, they save on labor and fuel costs. Philadelphia replaced all 700 of its downtown litter baskets with 500 compactors, he said.

By doing that, the city cut trash collection trips from 17 trips a week to five times a week. Because of that, they took 24 of 33 trash workers and moved them over to staff a recycling program that they couldn't have afforded otherwise, Mr. Kennelly said.

The IPS parking meters installed on Franklin and Front streets in late September are part of a free trial. If the city wants to buy them and others to replace the oldest of its more than 1,000 parking meters, that would cost about $500 each for single meter heads and about $700 for double meter heads, said Robert L. Moylan Jr., the city's commissioner of public works and parks.

Then there are the fees. The charge for electronic services, including wireless Internet and online reporting, comes to $5.75 a month per meter, according to the city. Bank card processing fees, not all of which go to IPS, come to 13 cents per transaction. In other words, $1 dollar put on a smart meter with a bank card produces 87 cents in revenue for the city.

Mr. Randall of IPS noted that collecting, counting and depositing coins also costs money. He said the service fees for his company's meters are more than made up for by capturing revenue lost at jammed and vandalized mechanical meters, which can sit idle collecting nothing for weeks or months until a city worker notices the problem.

The revenue-boosting sales pitch makes sense to Russ Harris of Leicester, who parked at one of the new Front Street meters on a rainy day this past week.

Think about it. How many broken meters do you see around the city? You try to park next to them. That's lost revenue, Mr. Harris said.

He fed his meter with quarters, but said he'd have no qualms swiping his debit or credit card on the street. IPS officials said the meters do not store any credit card information, and wireless transmissions of the numbers are double encrypted, and that's on top of the standard encryption protection on any cellular telephone network.

It's the 21st century. I'd definitely use my card at a meter, Mr. Harris said.

Mr. Moylan said parking enforcement officials will evaluate the IPS meters after the trial period, which concludes at the end of the month, has been completed.

The limited feedback we've gotten from people so far is that they are much more attractive than the old kind. They're slick looking and, secondly, the convenience of being able to use credit and debit cards has been well received, he said.

Mr. Moylan said the city already has been replacing outdated mechanical meters with electronic ones for several years. The city's current inventory of nearly 600 electronic meters, which do not have wireless or bank card capability, cost only slightly less than the IPS smart meters, he said.

While the electronic meters would continue to be used, the city could decide to replace the remaining mechanical meters with the IPS product, Mr. Moylan said.

Mr. Randall said that while his company's meters are more high-tech, they have few moving parts to break, unlike mechanical and older electronic meters. He and BigBelly Solar's Mr. Kennelly both also noted that snow drifts and ice are translucent and would not block the solar panels from recharging batteries except in the most extreme situations.

Mr. Moylan said he sees the bank card capability as the biggest advantage to the smart meters.

In some places, you have to be carrying around a bag of quarters as meter prices rise, he said. They're still modest in Worcester, but we know what the future will bring. This simply makes it more convenient to park legally. 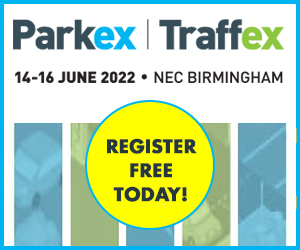