We are very honored to receive this award, said Paul Thompson, president of West Bay Builders.  As part of the partnership arrangement, we collaborated on the project throughout the design phase.  This allowed us to identify and address construction concerns early and seamlessly resolve challenges, resulting in an efficient and positive construction process.  The partnership was the key to the projects success as each partner demonstrated open communication and a willingness and ability to work together.

The $27.8 million Walnut Creek Library, seeking LEED-Gold Certification, was a multi-year project developed as a high-profile building in the citys downtown core to serve the entire community.  It included a below grade parking structure.  In addition to the primary project team, 85 different organizations, including subcontractors, suppliers, engineers, consultants, artists and end users, contributed.  The partnered relationship between the primary stakeholders allowed for effective management of all involved.

Contributing to the successful partnership, the project team instituted a monthly survey, which unveiled any challenges associated with communication, cooperation and problem solving.  The team also instituted a resolution ladder for tackling challenges, such as financial limitations, design changes to mechanical systems, an exterior envelope change, a redesigned main lobby and alterations to the metal framework on the building.

In the end, all project team members made significant contributions to building a highly successful community library, added Thompson.  Everyone walked away with the utmost respect for each other, and we all look forward to working together again.

IPI is a non-profit corporation that seeks out partnering concepts and techniques that develop high trust relationships and organizational cultures for optimum delivery of construction projects.  IPI works to develop methods so it is predictable that projects are completed on schedule and within budget.  IPI provides education, certification and forums that showcase projects that have achieved excellence, and it fosters the exchange of ideas across the ownerbuilder platform.

According to Sue Dyer, IPI CEO and founder, The construction industry has traditionally been adversarial in its approach to project delivery. Our aim is to shift the behavior toward acting like partners on a project.  Construction is the only industry that has over the past 40 years continued to go down in productivity, and we need a new model.

Dyer has been working in the construction industry for more than 30 years and has seen major attitude shifts recentlyespecially on major construction projects like the recent expansion of the San Francisco Airport.  The International Partnering Institute (IPI) is a realization of her vision that working together can be the new paradigm for the future. 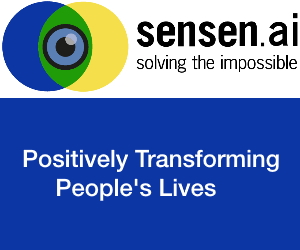