On Wednesday the 4th of July 2018, the French government presented its Biodiversity Plan - its measures to try and stem the decline of natural spaces and species. This decline has sped up markedly in recent years.

"The heyday of excessively large structures is behind us".

Why are we talking about this kind of subject on the Stanley Robotics blog?

The answer is simple: this plan includes a significant component called "zero net artificialisation of soils". When a natural surface is used to build a concrete building or parking lot, this plan will demand that the same natural space is recreated elsewhere.

Needless to say, this will significantly increase the cost of these constructions.

A year ago, the CEO of an airport told us "You can’t imagine how soil sealing has become unavoidable and critical and therefore how important your solution is".

Soil sealing? Obviously, since we’re a company which mostly builds parking robots, we didn’t know anything about this!

We have since discovered the problem of soil artificialisation and understood that it’s much more serious when the soil is transformed for industrial or residential projects (and not when it is used to make for instance dirt roads, sports fields etc) because it has to be "waterproofed".

The increase of waterproofed soils - ⅔ of artificialized areas in France - has serious consequences for nature: it increases vulnerability to floods and also has a severe impact on biodiversity because the waterproofed surface is left like "dead". Finally, succeeding a posteriori to reconvert a waterproofed soil into a natural one is very complicated and very expensive.

To illustrate the speed of soil artificialisation, since 2006 France has lost an area of agriculture and natural spaces equivalent to the Seine-et-Marne region! (source: National Biodiversity Observatory). The French Minister of Ecological Transition, who has pledged to fight against urban sprawl, assures us that "The heyday of excessively large structures is behind us". 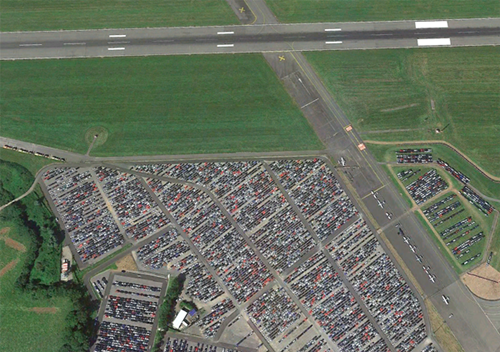 What are the consequences for airports?

Passenger traffic has been growing for several years by around 10% per year and is likely - according to industry experts - to double in the next 15 years. This places a great burden on all airport infrastructures, particularly on car parks.

For a long time, with airports needing to increase their parking capacity, they would keep tarring additional natural plots adjacent to their existing car parks.

Societal pressure to preserve the environment and plans like the Biodiversity Plan by the French government now makes this almost impossible. Projects such as these are no longer acceptable, or just become too expensive. 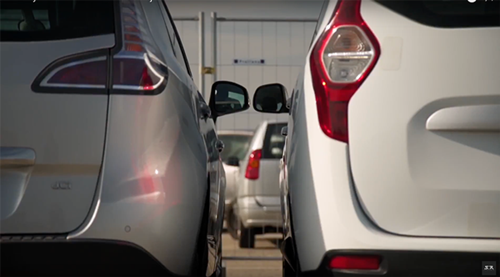 Our robots, committed to Biodiversity

Finally, today our robots are designed to roll over bitumen. We are aware however thatsome huge airport car parks consist of grass or gravel surfaces; it wouldn’t occur to us to ask them to tar them to help densify their car parks. We will therefore likely develop a robot capable of rolling over such surfaces in the future.

We must immediately spark a radical change in models to adapt to the increased movement of people.

Our robots are already preserving nature, and this isn’t going to stop!

Stanley Robotics is a venture-backed company that was created in January 2015, and is

headquartered in Paris, France. It is developing an automated valet parking service with robots that can move any vehicle and increase capacity in existing car parks by up to 50%, while revolutionizing the user experience.

The three founders, Clément Boussard (CEO), Aurélien Cord (CTO) and Stéphane Evanno (COO), all have previous experience in driverless technology (at top research institutes and with a world-class industrial corporation).