Reliability is of utmost importance for traffic monitoring cameras. It may sound like a cliché, but all it takes is one missed vehicle, and the success rate of your traffic monitoring project is immediately jeopardized due to loss of revenue and reputation. Automatic number plate recognition (ANPR) camera manufacturers like Adaptive Recognition are well aware of that. They continuously develop new methods to trigger the cameras the moment a car or a license plate passes by, creating images ANPR software can easily read.

These methods include tried and tested options like laser or the good old radar, or the traditional inductive loops. Hardware-based triggers are still considered the most reliable as they are less prone to failure. That doesn’t mean there are no other methods to capture vehicles with, though. Software-based triggers are becoming more widespread in ANPR cameras for many reasons.

A Friend of Integrators and the Road

The growing popularity of software triggers lies behind the fact that they are all non-intrusive. What does that mean in practice? Let’s take the induction loop as an example.

Like the laser trigger, the induction loop is hardware-based, delivering the required accuracy level. Also, the technology itself is straightforward as triggering is based on physical contact – the car touching the sensors built under the road’s surface. However, being located under the road is also the biggest drawback of the induction loop. The only way to have the sensors in their position is an excruciating process. It requires closing the lane, cutting the road – often down to its foundations – and, after installing the needed sensors, reconstructing the asphalt/concrete so that the traffic flow can be undisrupted again. And no matter how fast installers work, closed lanes equal traffic jams, angry drivers, and a bill no road operators want to see.

Software triggering allows you to avoid this kind of commotion as the detection zone only exists in a virtual form. Granted, these triggers may not be as effective as their hardware-based counterparts – due to the lack of physical contact – but thanks to the advancement in software technology, some non-intrusive triggers are already on par with laser and induction loop in detection efficiency. Even simpler software triggers may be enough in certain situations, giving road project owners plenty of options.

Line detection is not only the mother of all software-based triggers, but it is also the most straightforward. All camera operators have to do is draw a virtual line in the GUI across the road they want to monitor. If a vehicle crosses the line, the ANPR camera is triggered to take the picture.

Although easiest to set up, line detection is unfortunately not as effective as its more advanced counterparts. Since the detection zone is relatively small, there is a chance that automobiles aren’t correctly detected, especially if they are driving too fast or reach the zone alongside another vehicle that triggers the camera a millisecond before the other one. For these reasons, line detection isn’t recommended for multi-lane triggering, even if it seems like an obvious choice.

Another software trigger based on a relatively simple concept is motion detection, which focuses on changes in the surroundings of an object. In practice, this means that the camera stays in standby mode if it detects no motion related to the lane it is monitoring. The moment a vehicle enters the frame, the surroundings change, which the camera interprets as change, and, thus, it is triggered to snap the required image.

Unlike line detection, the motion detection method provides better results, but only in perfect conditions. The moment the traffic monitoring camera’s sensors are obscured by something – such as darkness, heavy rain, or fog – relying solely on motion detection becomes a considerable risk. Therefore, it’s best to supplement or entirely replace it with another triggering method to guarantee ANPR-ready images. Otherwise, the camera auto-deletes pictures because it won’t register them as events.

Object tracking is one of the better software-based triggers which doesn’t rely on either a preset virtual zone or the constant look for changes in the camera’s surroundings. Object tracking is undoubtedly more advanced than the previously described software triggering methods. Still, it requires particular attention from integrators when setting up the ANPR system. 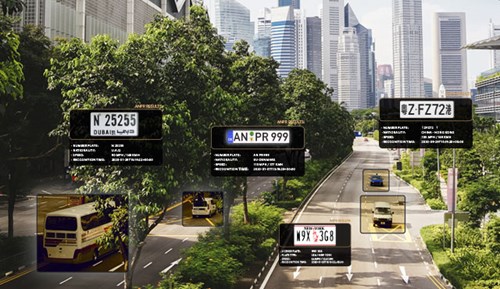 For best results, the traffic monitoring camera and the software behind it must determine whether or not there is an object on the image and recognize that object as a vehicle before forwarding the captured image for further processing to the ANPR engine. It’s worth noting that even with the best setups, there is still a risk that smaller vehicles like motorcycles will not be detected. However, this is something the camera and its software can avoid if they are taught to deal with such situations. Once done, there is no stopping the camera and the software from snapping photos only when vehicles enter the picture, delivering the desired ANPR results.

The virtual loop is like Kevin Flynn from the cult classic movie Tron: a fully digitized version of the good old induction loop. As such, it perfectly combines the benefits of the induction loop – instant, spot-on triggering – with the convenience of not requiring the road’s surface to be broken. In fact, due to not being limited by physical sensors, integrators are free to decide how big the triggering zone will be. With a correctly set up zone, ANPR-perfect images are guaranteed. Our best camera models include this software trigger, while future cameras will offer this option by default. 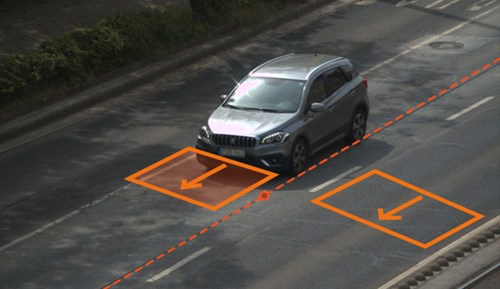 A tiny reminder: despite its non-intrusive nature, we are still talking about an induction loop with no physical manifestation. In other words, it’s best to set up the virtual loop the same way you would do with an actual induction loop: focusing on a single lane and digitally drawing a triggering zone that is big enough to trigger the camera when a vehicle passes through it.

Developed by Adaptive Recognition, Plate Finder is a clever combination of virtual and intelligent object detection. Once a vehicle enters the field of view of the ANPR camera – Vidar, the software looks for its license plate. If it detects a number plate, the camera knows that there is a vehicle. It is then triggered to capture the image for ANPR processing. 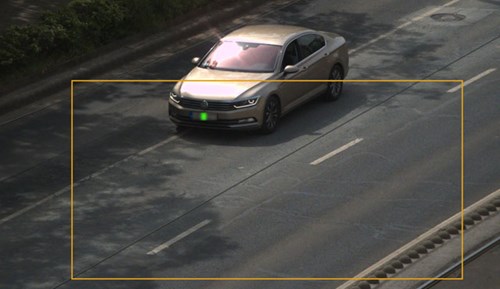 In the case of Vidar, our most powerful traffic monitoring camera to date, ANPR processing happens on board. As soon as the image is snapped with the help of Plate Finder, the camera pulls out the necessary traffic codes from it, namely the characters from the license plate.

This is just the tip of the iceberg when it comes to the features that make it so powerful. Find out more about Vidar here.