Civil Enforcement Officers in Southend-on-Sea are fighting back against the perpetrators of hate crime and assault after being kitted-out with new DNA swab-kits.

APCOA PARKING (UK)’s Southend-on-Sea contract has issued the swab-kits to all its on-street officers in a bid to tackle more common and aggravated assaults through the jurisdiction system.

In the event of a CEO being assaulted, APCOA officers can now use one or more dry swabs to extract saliva from their skin or uniform and escalate to Essex Police. This can then be matched against six million records, which are held on the national DNS database.

All swab-kits come complete with a plastic bottle to house the swab and tamper-proof evidence bag. Each bag contains a unique reference code and is sealed to remove any third-party interference. CEOs are also prompted to provide written evidence before the bag is passed on for analysis. 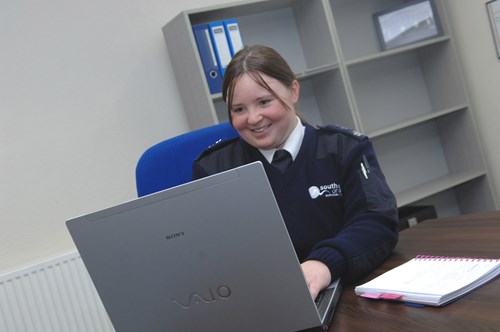 Since taking on the ambassadorial role, Glover has worked closely with Essex Police to help bring about the successful prosecution of three individuals involved in racially-related incidents. The swab-kits are considered to be yet another piece of amour to make others think twice before committing an assault. 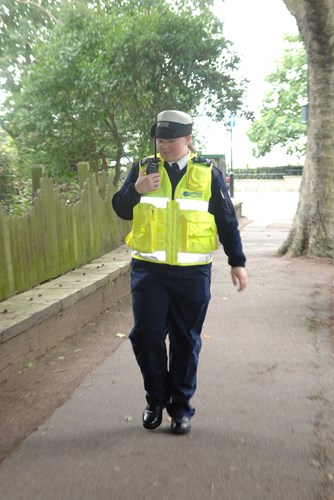 While DNA-testing is still considered to be a fairly new concept, forensic biology has been in situ for many years to match crime scene evidence to suspects. The most desirable method of collecting a blood or saliva reference sample is via a buccal swab to reduce the possibility of contamination.

A reference sample is then analysed to create an individual's DNA profile, which is then compared against other database samples to determine whether there is a genetic match.

Matt Bennett, Southend-on-Sea District Commander (Essex Police), said: “I welcome APCOA’s swab-kit initiative, as it provides the Police with even more opportunities to bring anyone to justice who assaults or abuses a civil enforcement officer.

“It shouldn’t be underestimated the important role that civil enforcement officers perform in the community. Without them, the roads would simply grind to a halt.”

Graham Morphew, Managing Director for APCOA PARKING (UK), said “While the majority of the British public use the correct channels to appeal against a penalty charge notice, a small minority go on to commit a mindless act and think they are above the law.

“We take abuse against any of our officers very seriously and, therefore, we take a zero-tolerance approach against those who commit assault. I believe the swab-kits will be a valuable tool in helping to bring those who expectorate to justice,” added Morphew.

APCOA Parking (UK) Ltd. was established in 1971 as a parking management company, and became the first company in the UK to provide on-street parking enforcement in 1986. APCOA currently employs over 2,000 staff in the UK and a further 2,500 staff across 11 other European countries.

To date, APCOA is the largest full-service parking management company in Europe, providing a wide range of on and off-street services on behalf of local authorities, and clients at airports, rail stations, shopping centres, town and city centres, hotels, hospitals and universities.