The Albany Parking Authority has announced its plan to extend a new parking program after a successful preliminary pilot of 12 Flowbird StradaPAL kiosks. Installation of 158 additional kiosks will be completed by late July, 2018 in conjunction with the city’s parking payment app.

The goal of the pilot program was to present a viable upgrade to the city’s current meter system. With the old meters aging, the city deemed it the right time to bring pay-by-plate and mobile payment apps to motorists, citywide.

According to Albany Parking Authority Executive Director, Matt Peter, 30 to 40 percent of motorists used the city’s app with the new meters during the pilot period.

“It took some people getting used to putting their license plate number in the machine or in the app, but once it was done, people described it as much easier to use and there was a strong desire with a lot of our customers to see it go citywide,” said Peter.

Flowbird’s Parkeon system was selected for several factors including the company’s industry reputation, years of experience, and strong customer service. In addition, the StradaPAL kiosks are multi-lingual and can be programmed to offer coupons for nearby businesses. The kiosks are weather-ready, resistant to cold, rain, ice and grout, along with being ADA compliant.

“We are extremely pleased to have been chosen as the preferred system supplier for this exciting project,” said Benoit Reliquet, President of Flowbird North America. “We look forward to providing the citizens in Albany with an easy-to-use, secure parking solution.”

The remainder of the kiosks, 158 out of total 170, will be rolled out in 2 phases. The initial phase will be completed by Monday, June 25, leaving the 2nd phase to be completed by the end of July. 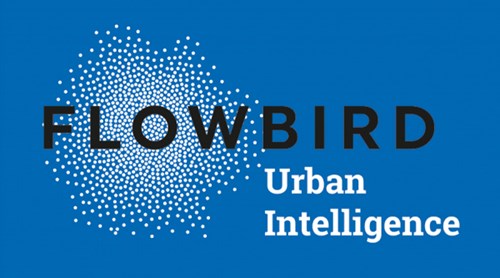 The name Flowbird expresses the innate ability of birds to navigate individually within crowded spaces; mirroring the benefits for people of the intelligent parking and multi-modal systems developed for towns and cities by Parkeon and Cale.