We recently interviewed Cynthia Thompkins, President and CEO and Charles Thompkins, COO of EZ Cruise to gain some insight into what they have been working on, and in which direction they will be heading with EZ Cruise and their newest venture, PortParking.

"EZ Cruise is based out of Galveston, Texas and is specifically focused on the Gulf of Mexico and the cruise parking industry that is focused on this market. It was founded in 2003 by Cynthia, who was heading down to visit this area to go on a cruise and realized very quickly that the port itself that is dominating the market had a very unorthodox, not organized, not user or cruise friendly environment in terms of parking and she realized she could do something much better. So over time, she had purchased land and the parking aspects of it and had gone full force into developing an almost monumental, revolutionary parking facility in the Galveston area in Texas. It’s just grown and grown and grown ever since then. We focus heavily on any cruise traffic that is going from Galveston and now Galveston has grown from two terminals to a third now being built and they have two more terminals in the works for the next few years so they will go to a five mega-terminal cruise port, which will be one of the largest cruise ports in this area. Carnival has also called Galveston its home port, which is massive for the cruise industry and even more so for Galveston because the parking industry here is extremely limited. It gives us the opportunity to pick and choose our mode of operations for the cruise parking network in Galveston". 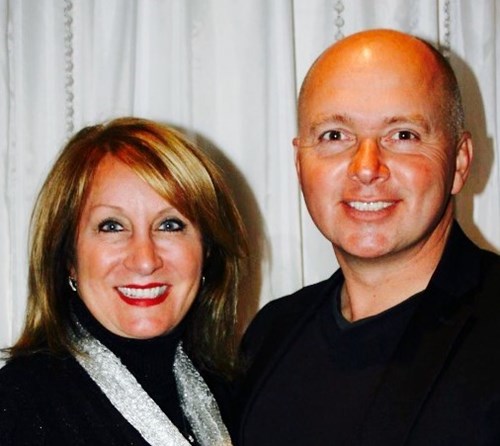 We Know That You Are Currently Operating in Galveston, Have You Got Plans to Expand into Different Markets?

"Geographically, because at EZ Cruise we own the land itself and the whole process, EZ Cruise in particular has considered metastasizing into different markets like the New Orleans market and Florida but because the Galveston market is so big for us right now we have held off with EZ Cruise in particular and have created a new company called Port Parking. Port Parking has the ability and the particularly towards Galveston and this area. There are four city blocks that EZ Cruise encompasses, which is fairly large in Galveston, owning the land and the area directly across from the terminal which is about a block and a half away from the entrance of the cruise terminal".

What Direction Will You Be Heading in in the Immediate Future?

"EZ Cruise will continue to grow, we think upwards, because we can’t expand externally very conveniently due to limited space. We purchased this land with the idea of going upwards but haven’t yet pulled that trigger because it’s a large financial investment. We’ve had a lot of people interested in doing something like that but we haven’t pulled that trigger. So the expansion process for EZ Cruise, if we wanted to, would be to go straight up".

Would You Consider a Collaboration?

"The collaborations we have had we’ve transferred into Port Parking so getting a hold of somebody and entering into a business partnership is more focused on Port Parking because of its ability to expand internationally and its model of being used is right for that endeavor. We would consider it for EZ Cruise but we usually focus for anyone wanting to partner with us, more towards the Port Parking corporation instead of EZ Cruise itself. It’s not off the books though, if someone wants to partner with us and has deep pockets and says ‘we know that Galveston wants to go from two terminals to five terminals, you have a great business model in transporting people with shuttle buses’ because we have shuttle buses transporting people to and from the cruise terminals with or without their luggage depending on what they choose, then it’s not off the books but we haven’t progressively grown into that. Our five year plan was to make the company successful and make an outstanding business model with a lot of opportunity for expansion and sell that and move onto a couple of other endeavors. After five years it became so successful that we wanted to see if we could grow a little bit more and we did so we ended up extending that to another five year plan and we grew even larger and were more efficient with our operations, our website design and our SEO and we extended it to another five years so now it’s part of a fifteen year plan and we continue to grow and become more productive. We’ve had people come to talk to us about selling to them but there are other people in the international sectors that we’d like to reach out to".

Can You Tell Us More About Galveston and the Parking Opportunities Available?

"One of the most important things is that because Galveston is such a tiny island, the space is fairly limited and there is a huge opportunity for growing. As it is now with two terminals, we can barely manage the traffic that we have and nobody has built a parking garage system so the opportunity is staggering. We’ve had some big parking companies come in and try to do this and one of them has done it on a very small scale but EZ Cruise because it’s so large of a footprint is right for the opportunity. We are the largest private parking system in the entire island in this region and we are so efficient in what we do that we got the contract for Houston port when they had cruise ships there over other big names. We wanted to test our business model and when the port of Houston entered into the cruise industry, there was an opportunity for us to run the entire cruise parking operation for the port of Houston out of it’s big port with Norwegian and Princess cruise lines. We went up against the largest cruise parking companies in the United States, companies like Airport Parking, AMCO Parking, we went up against them in a tender to run the entire operation and we won hands down and were very very successful. The port of Houston wanted us to be about 95% plus or minus the standard deviation of accuracy and our reporting was actually at 99%. It’s important that we don’t have any errors or discrepancies in our reporting. They did car counts and we were completely accurate in our card counts, we were very efficient and in reviews we received online we were averaging five stars. If you look on our website, there are a couple of thousand reviews averaging five stars for both EZ Cruise and Port Parking. Anyone can enter into a market but it really takes somebody who’s special to enter the market and have outstanding reviews, extremely successful reporting techniques, very tight operational efficiencies and be successful and make money. We’ve done that and it’s important for EZ Cruise. We have a customer base of several hundred thousand and we have a very active customer base so anyone that acquires the company will not just acquire the company and it’s operational efficiencies but will also acquire a very substantial parking customer network that we’ve been fostering and managing for several years. That’s exciting!

It’s also very important to mention that we have never branched out with the opportunities to go international. There are a lot of people out when we go to parking conventions and there is a lot of interest internationally and this is the first time we’ve ventured into international waters to seek anyone that might be considering running parking facilities in this metroplex, which is the third largest city in the United States. It’s an unbelievable location relative to Houston, Louisiana and all of the states here for the cruise traffic so it’s a great opportunity and I’d like to see where it goes".

"One thing I’d like to add is that if someone is thinking of branching out here. There are three or four things to mention about this industry. Galveston has always had the ability to enter into the gambling and gaming network and if gambling comes to Galveston and cruise traffic ends up going from two to five terminals, Galveston will become a mecca goldmine for anyone wanting to come into the parking world. Not only do we have EZ Cruise Parking, we also have Port Parking and our son owns Galv-Park, which is a metastasized network of managed parking lots all throughout Galveston island and he has expressed a very strong interest in the several thousand parking spaces that he has options to, to enter that to anyone who wants to purchase EZ Cruise or wants to acquire that so there is a very strong possibility there. You just don’t know, someone might want the whole ball of wax. They would then have the monopoly on Galveston island and having this monopoly is unprecedented, especially for a public company that has the ability to expand and go up they could dominate. It’s staggering the opportunity they have. We are a family owned company, quite private, so the ability to gather funds is much more limited but we are very successful in our endeavors with parking and our operations with parking for the cruise industry so we’ll see.

It’s exciting times and it’s the first time we’ve mentioned this. Had it not been for you (at Parking Network), we would have continued to grow at a very reasonable pace and continued to be successful. Because you guys have gotten involved it opens the doors for unprecedented opportunities and I want to thank you for that".

EZ Cruise Parking is family-owned and operated by local Galveston residents who hire friendly and helpful staff. We are committed to offering you the best cruise parking in Galveston.