We recently heard from Survision as they joined In the Spotlight to tell us more about setting up a US subsidiary. During the interview, Jacques Jouannais, Survision’s CEO explained how they decided upon the US as a base and the benefits that the subsidiary has brought.

How Did Survision Begin and What Can You Bring to the Parking Industry? 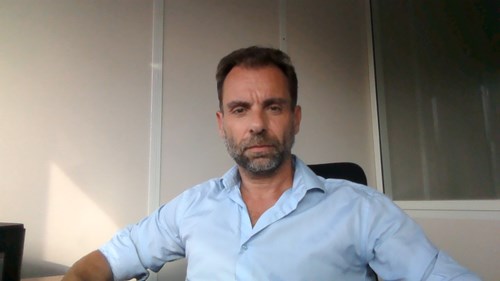 "Survision was created in 2001 to develop, manufacture and sell the best possible, all-integrated and real-time license plate recognition cameras. We develop the hardware and software, and then we supply the camera to integrators. We are 100% focused on LPR, we don’t do anything else. Everything we do is developed and made in developed countries, mostly in Western Europe and the US, which shows that it is possible to be efficient, even in terms of costing when keeping the operations in the same countries where we are selling to our customers.

"We have about 500 integrators operating in around 40 countries on 2000 projects with around 25,000 cameras deployed more or less. We understand that LPR brings a unique aspect for the access and control, security and tolling industries, but specifically for parking where it is the most convenient, reliable and cost-effect technology to identify and track vehicles.

"Our view is that LPR is going to be massive in the years to come for many reasons, but upon two conditions, that it is still cost-effective and that it is still performing. So we are working on manufacturing some of the most cost-effective and high-performing cameras on the market. And we are meeting that goal through a permanent and massive effort in R&D. R&D accounts for more than half the company’s people and spending, so that is key for us."

Can You Tell Us More about Your Expansion into the US?

"So we set up a subsidiary in Miami, a little bit less than two years ago. This subsidiary manages operations and selling not only in the US but also in Canada, Argentina, Mexico and Chile where we have some very big projects. Survision LLC is selling and distributing the cameras, offering support, maintenance and project management."

Why Did You Choose Miami as a Base for Your American Subsidiary?

"Our subsidiary needed to deliver cameras to the whole continent and so we chose Miami as it is pretty central, whilst also close to Europe. Also, Florida is very active, especially in the tolling industry. We could have chosen other countries, but the size of the market, the proximity to the customers, and the localness of services are high in the US. So we concluded we should set up a fully operational subsidiary in the US.

"And the investment is justified by the size of the markets there, which is huge in parking, but in other segments too. We already have tens of customers and projects in Canada, the US, and Mexico, Argentina, Chile with significant revenues. So it didn’t take long until we had some very interesting projects in airports, shopping malls, and other verticals."

What Does Survision Have Planned for the Next Year or So?

"So for Survision, given the demand in terms of R&D, size matters. And by size, I mean the number of cameras that we manufacture and sell every year. With this in mind, we will surely do some external growth, and some of these acquisitions are already underway. This will help us to increase the size, reduce the cost for our customers and increase performance, which is key if we want to make that technology massive for parking lots.

"In terms of R&D, we are pursuing the integration of artificial intelligence into our cameras, to reach even higher performance and add new data about the vehicles. As far as hardware is concerned we will issue this year a new police camera, which is very compact, and smaller than anything which has been made until now. It will be launched before the end of this year and it will be a revolution in terms of size and performance compared to what is available on the market already.

"We will also launch within the next 12 months a new version of our Micropak 3 which will be dedicated to the US market. And that will be able to process all types of plates within the same camera, whatever the optical characteristic from the plate, whatever the state, whatever the type, whatever the jurisdiction of the plates. And all that, of course, is made possible by the huge growth we are foreseeing for our technology, not just in the parking industry, but also free-flow tolling and police forces."

SURVISION is a global leader in License Plate Reading (LPR). Since 2001, with solutions being deployed in over 30 countries with more than 20,000 sensors thanks to a network of 300 Value Added Integrators. The quality of its R&D team allows SURVISION to work with world-class integrators for a complete set of innovative solutions for Smart-City, Smart-Parking, law enforcement, toll road collection, car-park management and for local authorities.